Edward Snowden's lawyer announced that his client will start working for the hugest Russian Internet company at the technical support department. Digit.ru has questioned all the major Internet companies in Russia. All of them, but one, objected the employment opportunity for Snowden at their offices. 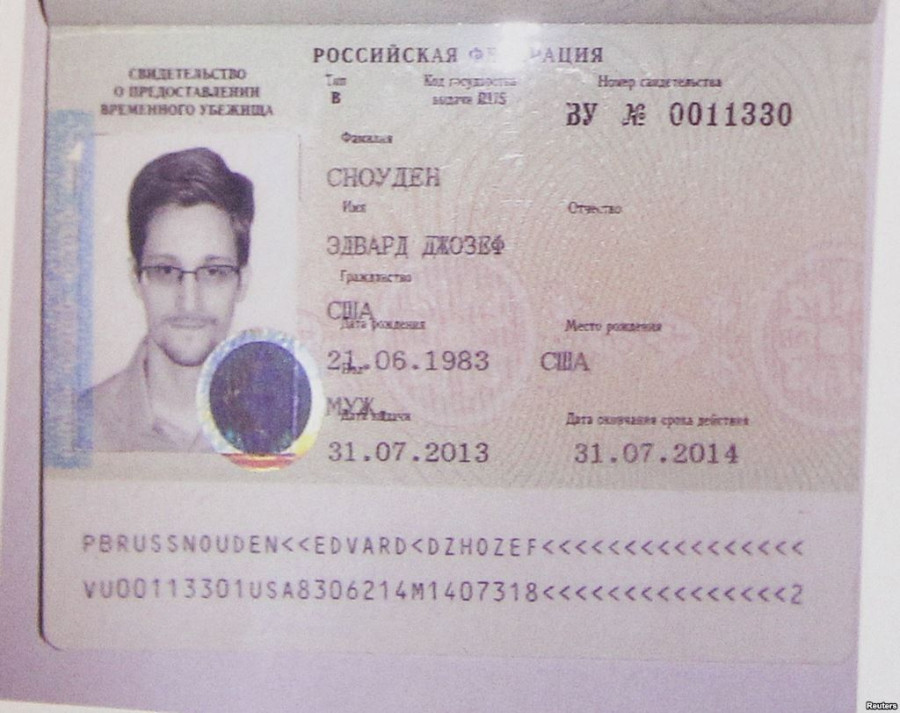 Temporary asylum certificate given to Snowden by the Russian goverment

The only company has not given an explicit answer, the one which had invited the American spy to become a member of their technical support department, and that is VK.com, the main cyrillic social net (an analogue for Facebook in the Slavic countries, such as Russia, Belarus, Ukraine, and other countries of the CIS).

"I cannot make any comment on this information," said the Director of Communications at VK.com G. Lobushkin to the Digit.ru.
"You are the first to tell me this. Even if it is so, I haven't reported about this so far," replied the Engeneering Director at VK.com N. Durov to the same media.

The orientation day is to be November 1st. A few hours of ignorance keeps us from recognising Snowden's first official Russian employer.

What do you think of that? And what do American media say?